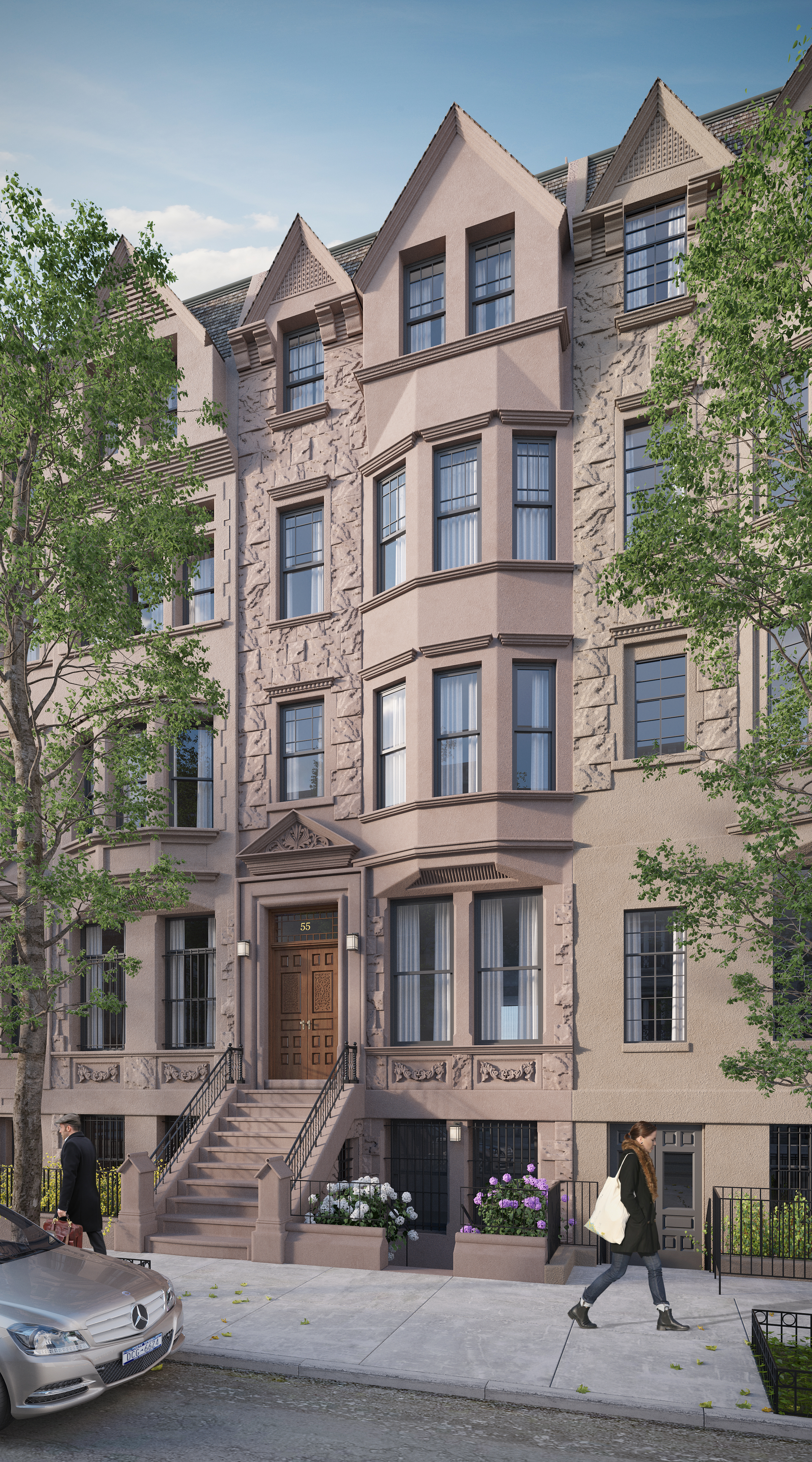 For nearly two centuries, townhouses have served as status symbols for the New York elite. And for most of that time, these rarified dwellings typically traded from end-user to end-user: A family built one, sold it to another who altered it slightly to taste, and so on through the generations.

In the modern era, though, townhouses have been chopped up by landlords to create multiple apartments, or even abandoned to the elements or squatters. But the potential to re-establish them as beautiful family residences never lost its appeal.

“Historically, the value of townhouses has continued to rise and weather the ups and downs of the market better than apartments,” says Dexter Guerrieri, president of Vandenberg, the Townhouse Experts.

He should know: He’s been selling townhouses — which make up just 2.5 percent of all residential sales in Manhattan — since 1990.

Lately, Guerrieri and other brokers have noticed a new type of buyer dipping into the prospect pool: developers with wads of cash and stomachs of steel, who revert worn townhouses to their original single-family glory, zhooshing them up to 1-percenter standards and, of course, selling them to the highest bidder.

Call them the townhouse flippers.

Broker Greg Williamson, of the Williamson Team at Douglas Elliman Real Estate, has turned some of his focus to these sorts of investor-buyers.

He’s sold around 20 prospect town-homes over the past decade, typically consulting with developers on how to maximize the space and finishes to bring in top dollar. “Truthfully, this is a very niche business. It’s a massive undertaking and it’s very risky,” Williamson tells Alexa. If a developer has $5 to $10 million on hand and is looking to double his investment, “most would rather disperse that among multiple assets.”Broker Greg Williamson, of the Williamson Team at Douglas Elliman Real Estate, has turned some of his focus to these sorts of investor-buyers.

But not all. Williamson recently worked with a flipper to reconfigure 55 W. 90th St. and 58 W. 75th St., both about to hit the market in the $1,800-to-$2,500-per-square-foot range. “That may seem high, but it’s a lot less than a full-service condominium, and more private,” he notes. Many families, he continues, “want the feeling of a real 18th- or early-19th-century home with outdoor space, that is in mint condition but also essentially new. Renovating is a headache.”

Indeed, many a townhouse buyer has purchased a derelict property only to run into massive setbacks. One renovator in the Gramercy area hit a subterranean river and destroyed the foundation of the adjacent home; countless have been slapped with stop-work orders from the city for infractions as small as dust bothering neighbors; still others couldn’t find the will to finish the project or failed to get their certificate of occupancy thanks to tricky Department of Buildings codes. “Buying from a developer is often the best way to go,” advises Williamson.

Omek Capital specializes in just such projects. The firm began by snapping up and renovating an empty, single-room occupancy (SRO) in Harlem at the height of the downturn, in 2009. “We fell in love with the process of bringing a townhouse back to its original use, and restoring many of the original details,” one partner tells Alexa.

Omek now has five similar townhouse flips underway on the Upper West Side and another in the West Village.

“You have to be completely immersed in the construction every day to make sure everything happens,” the partner says.

But building for a high-end yet unknown buyer also has its challenges. Some non-negotiables include a garden, a tricked-out kitchen, at least five bedrooms, a gym, a finished basement and terraces. Houses 20 feet and wider sell at a premium; 16-footers can be trickier to configure.

“These townhouses aren’t hotcakes that fly off the shelves, but if you do the right home in the right place at the right  price, it does sell in a reasonable amount of time, maybe four to six months,” the Omek partner says.

“To achieve that $3,000-a-square-foot price, you have to put money in the millwork, the technology, the stone, the  finishes,” agrees developer David Amirian. “Too often, people cheap out on the wrong things.”

He purchased a townhouse at 16 E. 10th St. (through Matt Lesser, partner at Leslie J. Garfield, a brokerage that  specializes in finding diamond-in-the-rough townhouses) for $11.2 million and gutted it, then flipped that 25-footer for $32  million. “I tell people I would only do this again if I could find it for a great price.”

But Lesser still encourages his developer-clients to pick up townhouses, since they already know how to maximize  square footage. His listing at 41 Charles St. was bought for $6 million by a developer, who converted and sold it for just under $16 million — even though it’s only 17 feet wide.

In Brooklyn, townhouse flippers are also doing great business. Jon Schippers, owner of Steering House Design and Development, bought his first townhouse in downtown Brooklyn (not far from where he grew up) in 2002.

“That was back when you could pick one up for $300,000,” he marvels. He redid it and eventually sold it to his brother, then went back to his career in the music industry.

But in 2008, opportunity knocked again. “I had developed a strong appreciation for the overlooked buildings in Bed-Stuy and Crown Heights — some of the best brownstones that were built in the Victorian era to reflect the wealth of that era,” he says.

Schippers was able to purchase an SRO and some multifamily homes and return them to their original use and beauty. He’s now sold 10 such homes in the $2-to-$5 million range to young professional families (135 Cambridge Place in Clinton Hill is in contract for nearly $2 million more than he paid for it).

“Now there is huge interest and high demand for the homes built then — homes with craftsmanship that can be restored at an affordable price.” And as long as Schippers can find the needle in the haystack — a townhouse with good bones at the right price — he’ll keep flipping.